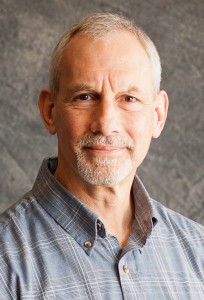 Stanley D. Gale has been married to his wife, Linda, since 1975. They have four children and nine grandchildren (and counting). He holds Bachelor of Arts and Master of Education degrees from the University of Delaware, a Master of Divinity degree from Westminster Theological Seminary in Philadelphia, and a Doctor of Ministry degree from Covenant Theological Seminary in St. Louis. He is an ordained minister in the Presbyterian Church in America. He has authored books on prayer, spiritual warfare, the Christian life, evangelism, and biblical worldview.

Email the author at contact@chopministry.net or send a note through the website.

I was raised in a religious atmosphere, where the big stress was on doing my duty: going to church, not doing anything really bad, and trying my best (within reason) to do the right thing. For me, religion was just a set of rules. My life revolved around having fun. Later, getting good grades was what drove me.

When I went away to college and was on my own I stopped going to church and started asking “Why?” I became very philosophical and enjoyed arguing with those who called themselves Christians. During my college years, I met the woman I would eventually marry, and I saw for the first time in an “up close and personal” way religion that wasn’t merely going through the motions or just keeping rules. She was part of a Christian group on campus and there I encountered others like her. I saw a spirituality that was on the inside, from the heart. These people had a personal relationship with God. Their lives revolved around Him. I became influenced by the teaching from the bible I began to hear, things I had never heard despite all my years of church going.

In that time, I came to grips with my sinfulness and my desperate need for Jesus Christ to save me. At this point I did not have all my theological “t’s” crossed and “i’s” dotted, but the profound simplicity of the message of salvation I was hearing became abundantly clear to me. I still remember that time in late October 1974, walking on the campus with my heart agitated and burning within me, going back to my room and embracing Jesus Christ as Savior and Lord of my life.

From that point, my life was radically changed, something observed and commented on by many. I had an insatiable thirst for God’s Word from the very start. The philosophical principles I had before helped me to see the problem, but they offered no solution, no hope. I found that hope in Christ. Plus, I gained a perspective that helped me make sense of life and gave meaning and purpose to it.

While I still feel the tug of many of the things that were important to me before, I now see how empty they are to bring real satisfaction. God has brought me to find peace and joy in a living, dynamic relationship with Jesus Christ. Those religious things I used to do before, like go to church, have been transformed in ways I had never imagined. I know that all my sins are forgiven and I have a home in heaven.

Click here to view all of Dr. Stan Gale's books.